Lessons We Can All Learn From: Women in Investing 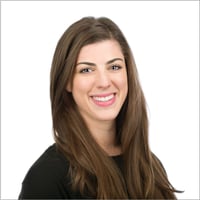 More women are investing today than ever before, and 9 in 10 are actively planning to increase their investments in the next twelve months. As more women participate in the market, there is a growing body of evidence around their characteristics as successful investors. One of the most intriguing ones being: on average, women tend to outperform men, according to a large study by Fidelity. We were intrigued by these results and wanted to learn the “why” behind these studies. To be clear: we do not see these studies as a “men versus women” thing; rather, we think everyone can learn from traits exhibited by successful investors. Below, we share two lessons from these studies.

As background, in 2021, Fidelity conducted an analysis of more than 5.2 million self-directed retail customer accounts to compare investment performance over the prior decade (January 2010 to December 2020). The results found that, on average, women outperformed their male counterparts by 40 basis points on an annualized basis. The amount may seem trivial upon first blush, but consistent (and statistically significant) outperformance over the long-term compounds in a meaningful way. Something interesting must be going on here, so we dived deeper into the literature on this subject.

We believe this outperformance is attributed to two distinct characteristics: 1) taking a long-term perspective grounded in research, and 2) being appropriately ‘risk-aware’ with their investments.

Lesson #1: Long-term perspective and importance of having a research foundation:

The first common characteristic that researchers attribute to this outperformance is that women tend to take a longer-term perspective with their investments. This means women have a longer average holding period and are less likely to trade during periods of short-term volatility. What’s more, studies also show women spend more time researching their investment choices. This combination of a long-term perspective and deeper research means that women tend to trade less often than men, on average. Research shows that men trade 45% more often with less research compared to women (in a given year, women trade on average 9x per year vs. men at 13x) – and that has a tangible cost. Excess trading alone can hurt investment performance by almost 100 basis points in a given year, according to research.

Research suggests that the combination of conducting their own independent research and maintaining a long-term perspective has multifold benefits over the short- and long-term. Not only does it guide women toward investments better-aligned with their goals, but it also helps them stay calm and avoid losses during times of market turmoil.

The second characteristic attributed to women’s outperformance by researchers is that they are risk-aware, meaning they are more likely to assign an appropriate level of risk to a given investment. Women on average do take on less risk than men, but importantly women are more likely to take on appropriate levels of risk with their investments than men.

Women are less likely to chase stock tips and follow momentum or herding behavior. Neil Stewart, Professor of Behavioural Science at Warwick Business School, says that female investors were less likely to indulge in the speculative “lottery style” of investment that appealed to men, according to the research. Over the short-term, this means that women often avoid overly-hyped stocks with unfavorable risk-return potential. This manifests over the long-term as women being more apt to stay calmer than men in down markets, and less likely to make reactive investment decisions that ultimately hurt the long-term potential of their portfolio.

There is a common misconception that women are more risk-averse, according to Clare Francis, Director for Savings and Investments at Barclays Smart Investor. She says the difference in performance reveals a more considered or risk-aware approach from women, rather than caution or risk-aversion. “The stock market is often portrayed as a high energy, risky environment, but this analysis shows that taking a more long-term view about what to invest in, rather than picking eye-catching and potentially more volatile shares, is actually likely to provide a better return on your money.”

This “risk-aware, not risk-averse” mindset manifests in both asset allocation and security selection, researchers say. Avoiding hyped stocks and staying calm through market storms protects women from locking in losses and, ultimately, contributes to outperformance over the long-term.

Parallels with the Evolutionary Tree approach:

At Evolutionary Tree, our process, values, and investment criteria reflect many of these characteristics that have enabled women to outperform over the long-term. For example, we conduct deep research along our rigorous set of eight investment criteria to systematically identify innovative leaders with significant long-term growth potential. We seek to avoid hype around new innovations by gaining insights into their market readiness, which is tied to assessing both technical and economic feasibility. We like to say that our criteria make it difficult to get a company into our portfolio, because our bar is (and should be) very high for us to own a true innovation leader over the long-term.

Furthermore, the characteristics displayed by women investors that lead to outperformance are also reflected in a few of our six values. Our values are the foundation for all that we do at Evolutionary Tree, and they are another important foundation for how we approach investing. Our first stated value, Rational Optimism, specifically acknowledges that we are optimists about the power of innovation to drive progress – however, this optimism is always based on rigorous, deep research that we believe ultimately guides us to an appropriate risk-aware assessment of potential investments. Our values of Humble Confidence and Persistent Exploration demand that we avoid herding behavior and encourage independent thinking, while remaining grounded in our own research and convictions.

We are inspired by the successful long-term record of female investors and believe we are applying the core lessons in our own investment process. By investing in innovative leaders, retaining a long-term perspective, and following our own research – grounded always by our six core values – we believe we can create wealth for our clients over the long-term.

The information and views expressed herein are provided for informational purposes only and do not constitute investment advice. If performance is shown, it is based on a composite of actual trading in client accounts, but is not necessarily reflective of the performance of any individual client account. Differences in account size, timing of transactions, and market conditions prevailing at the time of investment may lead to different results, and clients may lose money. Differences in the methodology used to calculate performance may also lead to different performance results than those shown. Past performance does not guarantee future results. Any projections, outlooks, or estimates contained herein are forward looking statements based on specific assumptions that are current as of the date indicated, subject to change without notice, and should not be construed as indicative of any actual events that have occurred or may occur. The inclusion of particular investments is not intended to represent, and should not be interpreted to imply, a past or current specific recommendation to purchase or sell a security and should be considered in the context of an overall portfolio. Investing in equity securities involves risk and principal loss is possible. Nothing contained herein constitutes investment, legal, tax, or other advice and should not be relied upon in making an investment or other decision. Investors should always obtain and read up-to-date investment services material before deciding whether to appoint an investment advisor.